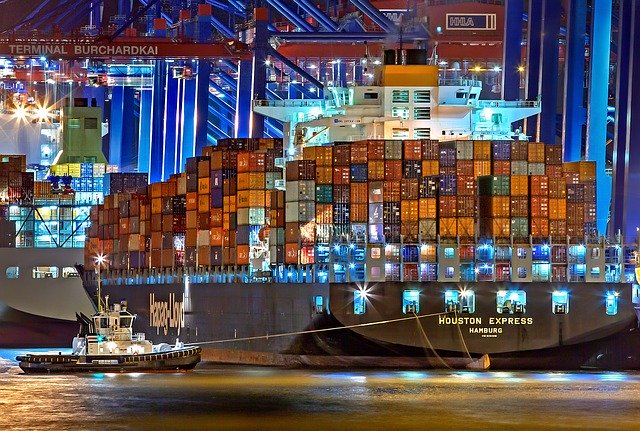 The first in this ‘The Case for’ series touched on the merits of using direct air capture (DAC) technology as a means to decarbonise the aviation industry. If you haven’t already, it is well worth giving it a read here.

For those new to DAC, the technology involves the extraction of carbon dioxide directly from the atmosphere; either for subsequent storage underground as a carbon removal solution, or to be used as a feedstock to create materials. Such materials typically include carbon-based products e.g. synthetic fuels, carbon nanotubes, or building materials like concrete, all responsible for a significant proportion of global CO2 emissions.

Shipping has never received the attention it deserves when it comes to its climate impact; with a study in 2015 suggesting the industry could be responsible for 17% of global CO2 emissions by 2050 if we continue under business as usual. Shipping not only has a larger global carbon footprint than aviation, but also has broader detrimental impacts — especially when it comes to the ‘bunker’ oil traditionally used by ships.

However, regulation is starting to catch up. Heavy fuel oil has long been the fuel of choice for ships, derived as a residue from crude oil distillation and contains high concentrations of sulphur oxide (SOx). Sulphur oxide has long been known to have significant implications on atmospheric cancer (climate change), air quality and ocean acidification.

From January 2020 the International Maritime Organisation (IMO) introduced regulations limiting the amount of sulphur in fuel oil, however this still does nothing to limit the carbon emissions of the industry. Alternative fuels are thus vital for the total decarbonisation of shipping, as again electrification is not a viable option for cargo ships, unless the bulk of what we want to transport is the ship's own batteries. Discussions around alternative fuels currently revolve around biofuels, green methanol, and hydrogen in combination with fuel cells — owing to their significantly improved energy density when compared to conventional lithium ion batteries.

However today’s ships are designed to operate using conventional shipping diesel, and have lifetimes of 25–30 years, so the introduction of alternative fuels will either require a mass retro-fitting operation, or deployment of net-zero ships will have to wait until at least 2050 i.e. too late. This is where fuels derived from DAC technology come in. Fischer-Tropsch (FT) fuels, developed from the combination of green CO2 and green hydrogen to create net-zero liquid hydrocarbons, or in the specific case of shipping, Fischer Tropsch diesel. This synthetic diesel can simply be ‘dropped in’ to existing ships’ engines for immediate use, without any need for modification of engine infrastructure and will also burn much cleaner than conventional diesel.

DAC derived synthetic fuels offer the best long-term solution to power the shipping industry. Free from the competition for resources and scalability challenges of biofuels, and the combined logistical and technical challenges of hydrogen fuel cells, synthetic diesel or methanol created from renewable energy, air and water through direct air capture offers a valuable de-fossilisation alternative for the shipping industry.