When it Comes to Carbon Removal, Trees Just Aren't Enough: It's All in the Carbon Cycle 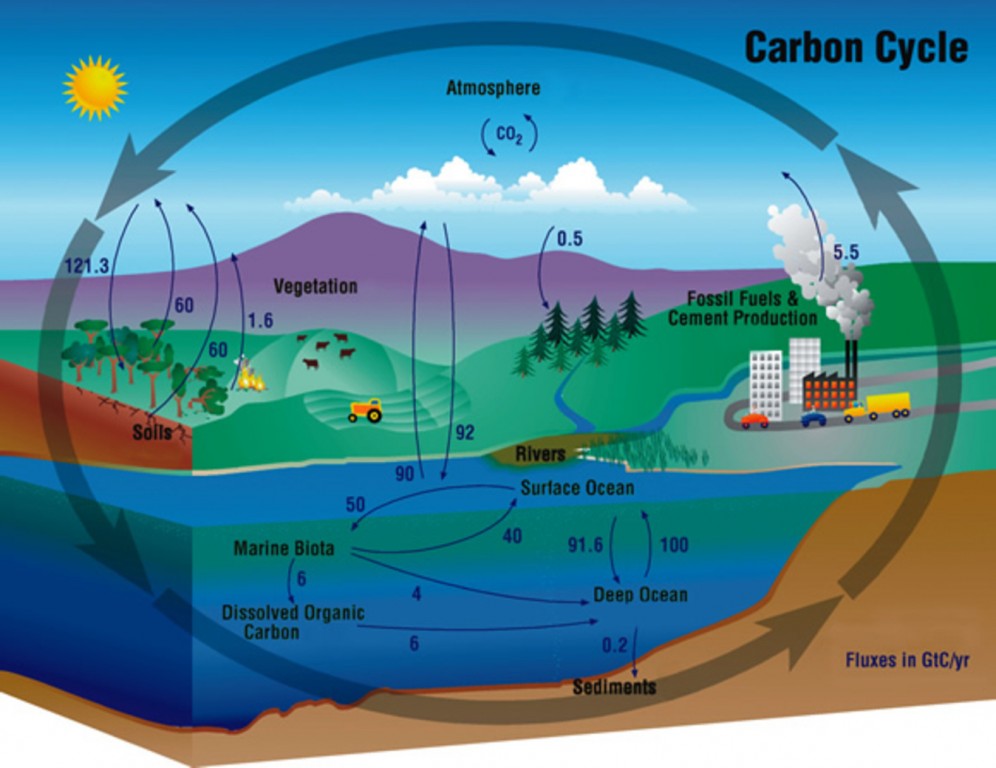 We need to start framing discussions of carbon removal around putting the CO2 back where it came from i.e. deep underground

There’s been an explosion of interest in the concept of carbon removal, especially since the climate solution garnered a mention in the IPCC’s Special Report on Global Warming of 1.5°C in 2018 - the spark behind the founding of Carbon Infinity in 2019. What’s becoming apparent is the increasing emphasis on additional and verifiable but more importantly, demand for permanent carbon removal as one of the many pillars to tackle the climate crisis. This is exemplified by a Microsoft report documenting their carbon removal learning and experiences in constructing a carbon removal portfolio, of which only <0.5% was made up of medium- and long-term (permanent) solutions, largely due to a lack of available supply on the market. This focus on permanence is important and can be explained for a number of reasons, but none more significant than understanding how humans have interacted with one of the basic building blocks of our world: the carbon cycle.

The carbon cycle helps regulate the Earth’s temperature, helps make our food, and quite literally powers our global economy. And we’ve f*cked it up. Since our planet and its atmosphere form a closed environment, the amount of carbon in this system does not change. What does change is where that carbon is located, and carbon flows between each reservoir is what forms the carbon cycle. These reservoirs include the atmosphere (air), terrestrial biosphere (trees, soil), the oceans (phytoplankton) and sediments (dinosaur bones/fossil fuels), and the carbon exchanges between reservoirs occur because of various chemical, physical, geological and biological processes.

The ‘short’ (fast or biological) carbon cycle can typically be measured within our lifespan, and involves the movement of carbon through life forms on Earth or in the biosphere, with 1-100 billion tonnes of carbon moving through the short carbon cycle every year. In contrast, the ‘long’ (slow or geological) carbon cycle occurs through a series of chemical reactions and tectonic activity over 100-200 million years between rocks, soils, the ocean and atmosphere with 10-100 million tonnes of carbon moving through the long carbon cycle every year.

This is where the numbers just don’t stack up. We’ve burned dinosaur bones to the tune of 1.5 trillion tonnes of CO2 since 1751, while no more than a couple hundred billion tonnes has gone back down in the last 270 years. The volume of carbon emissions coming out of the ground is completely out of whack with what the natural carbon cycle can take to not result in this warming thing. It simply can’t cope and unfortunately, the short carbon cycle can’t mop up the mess we’ve caused ruining the work of the long carbon cycle over millions of years by burning all these fossil fuels in the last 270.

This is the fundamental reason why we rightly need to put an emphasis on permanence: the only way out of this atmospheric carbon imbalance is with permanent (geological) carbon removal and storage i.e. putting the carbon back where it came from. As much as we love trees - and indeed we absolutely need to protect and restore our natural environment, but we can’t tree plant, cover crop and mangrove restore our way out of the magnitude of the mess we’re in. Just planting more trees to address the geological reservoirs of carbon now roaming around our atmosphere is like putting a band-aid on a bullet wound. The short carbon cycle isn’t cut out for the atmospheric imbalance we’ve caused by extracting all that black gold. We need to stop the bleeding. Properly.

We’ve sucked the carbon up from deep underground, amassed an enormous amount of wealth in the process, and now we need to pump the carbon back down there. Yes it will be expensive, but it’s unfortunately what we have to do.

If not for our children, we owe it to the carbon cycle.